The motherboard serves as the hub for all of your computer’s connections. Your computer would be a jumble of worthless bits if you didn’t have it. Dead Motherboard? How to Tell if Your Motherboard is Failing

Replacing a dead motherboard is likewise a costly undertaking.

How can you tell if your motherboard is malfunctioning? What can you do about it?

Below are a few actions and indicators to look for.

How to save a Motherboard from being dead?

No piece of technology lasts forever, but with proper maintenance, many may last much longer than you might think.

The most important tool you have is attentiveness. Keep an eye on all of your hardware for indicators that something isn’t quite right.

If you can identify an issue before it becomes serious, you might be able to rescue everything.

The motherboard serves as the hub for all of your computer’s connections. Your computer would be a jumble of worthless bits if you didn’t have it.

Replacing a dead motherboard is likewise a costly undertaking.

While not every hardware failure manifests symptoms prior to the worst-case scenario, the majority does.

If you notice any of them, it’s probably time to step in.

While the computer is functioning, you should never push or probe the motherboard.

Looking at the motherboard once the computer is turned off is an obvious and straightforward indicator that it may be damaged.

Physical damage to the motherboard, such as burned transistors or chipped circuitry, might result in catastrophic failure. If permitted to splinter and develop, even minor damages can evolve into severe issues.

While the computer is functioning, major symptoms of harm might appear. The smell of burning is a strong indicator that something is wrong.

The many freezes and glitches are some of the most bothersome symptoms. It’s possible that your computer will work perfectly one minute and not the next. Nothing happens in a flash, and you’re left looking at a frozen screen.

This is most evident in the way things load. If the software fails to load or crashes while running, there’s a good probability it’s a hardware issue.

No computer expert likes to see the dreaded Blue Screen of Death.

The Blue Screen of Death, for those who are unfamiliar, is a severe system failure. This indicates that the operating system as a whole can no longer run at a safe level.

This is generally a warning indication that something on your computer is about to die. It isn’t a definitive indication of death, but it is quite close.

A simple case of sluggishness is another more irritating symptom.

This specific issue can be a little absurd.

It might begin with a flash drive that isn’t readable. Other plug-ins, such as your computer mouse, may be overlooked.

All of this might be due to the hardware in the issue. They can also be a sign that the motherboard, the heart of your computer, is failing.

Causes of a Potential Failure

These are some of the most typical indications of a problem. Why do they occur?

A computer is far from impervious to damage. Even the tiniest of things can cause a computer to malfunction.

Heat is not a friend of computers. They earn a significant amount of heat on their own. If that heat isn’t evacuated, or if it’s increased, it may mean disaster for more than just the motherboard.

Computers that are crammed into small spaces with limited airflow do not live long. Internal computer fans that are well-maintained are also critical to the computer’s longevity.

Dust and overheating are inextricably linked. On computers, dust will settle. The electronics’ electrical charge might attract dust.

Dust acts as an insulator by itself. It will not only make your computer hotter, but it may also cause electrical currents on your motherboard to be disrupted.

Computers are far from impervious to damage. You risk extremely significant harm to the inside hardware every time they get bumped or abused.

This can happen if a computer tower is kicked because it is in a difficult-to-reach location. Dropping a computer is a serious hazard; however, this is more relevant to laptops than tower computers.

Any physical shock to a computer, regardless of its source, can be deadly, especially if it occurs while it is functioning.

With time and usage, all moving components deteriorate and wear down. While many computer parts aren’t particularly mechanically demanding, they do wear out over time.

Fan motors are the most typical victims, resulting in overheating and motherboard failure.

When there’s a power outage, a computer might fry in an instant. Surge protectors can keep this from happening.

Your computer may be in serious peril if the power socket does not provide a consistent source of electricity.

What to do when the Worst Happens?

Aside from addressing some of the reasons, such as dust removal or the installation of a surge protector, resurrecting a motherboard would need a professional touch.

The fundamental steps to discovering a fixable solution are as follows: They must first determine the exact location of the injury. It’s pointless to replace a part that is still functional.

If the motherboard is broken, you may be able to rescue the remaining components. If it’s anything more serious, such as a hard disc, you’ll need to check into file recovery.

If you learned a new thing today then please don’t forget to share this article with others. If you have any questions or suggestions for us, please feel free to write them in the comment section down below. 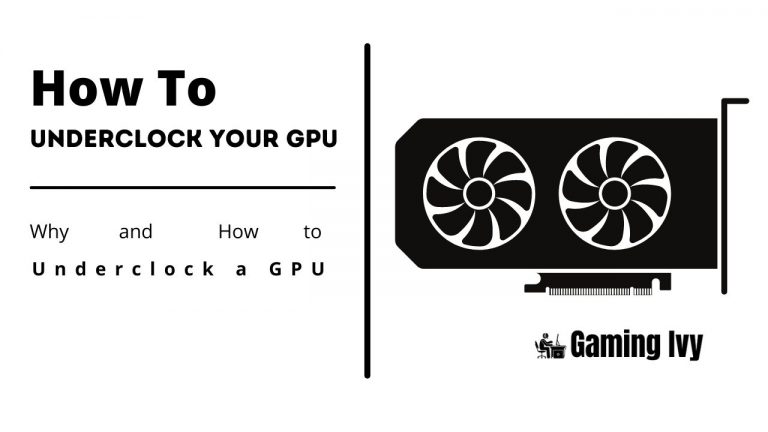